TIFFANEWS.COM – All Hong Kong civil servants employed from July 1 will be required in writing to swear allegiance to the city and uphold its mini-constitution, with the rule applying also to serving officers whose duties are deemed “crucial” or “sensitive”.

The proposed requirements, which the Civil Service Bureau said aligned with the new national security law, will also cover all serving civil servants recommended for promotion to a higher rank or a transfer to another grade.

Article 6 of the new law, which seeks to criminalise acts of secession, subversion of state power, terrorism and collusion with foreign and external forces, states that a Hong Kong resident who stands for election or assumes public office shall confirm in writing or take an oath to uphold the Basic Law and swear allegiance to the Special Administrative Region (SAR).

The government will also consider a mechanism to handle cases of non-compliance.

Opposition lawmakers have expressed fears that the measures, set to be discussed at a meeting of the Legislative Council’s panel on civil service on Friday, would create “white terror” among civil servants.

The government proposal was unveiled after complaints were filed against scores of employees for joining unlawful rallies or discrediting ruling principles amid the social unrest that roiled the city last year.

Last month, Secretary for the Civil Service Patrick Nip Tak-kuen warned public officers against joining an unofficial referendum on the proposed national security law, saying their participation would give the impression that they opposed the government.
Nip singled out the Union for New Civil Servants, one of the referendum organisers, for “blatantly mobilising” government workers to take part in the event.

“We are of the view that serving civil servants should also comply with the relevant requirement of taking an oath or making a declaration,” the paper said. 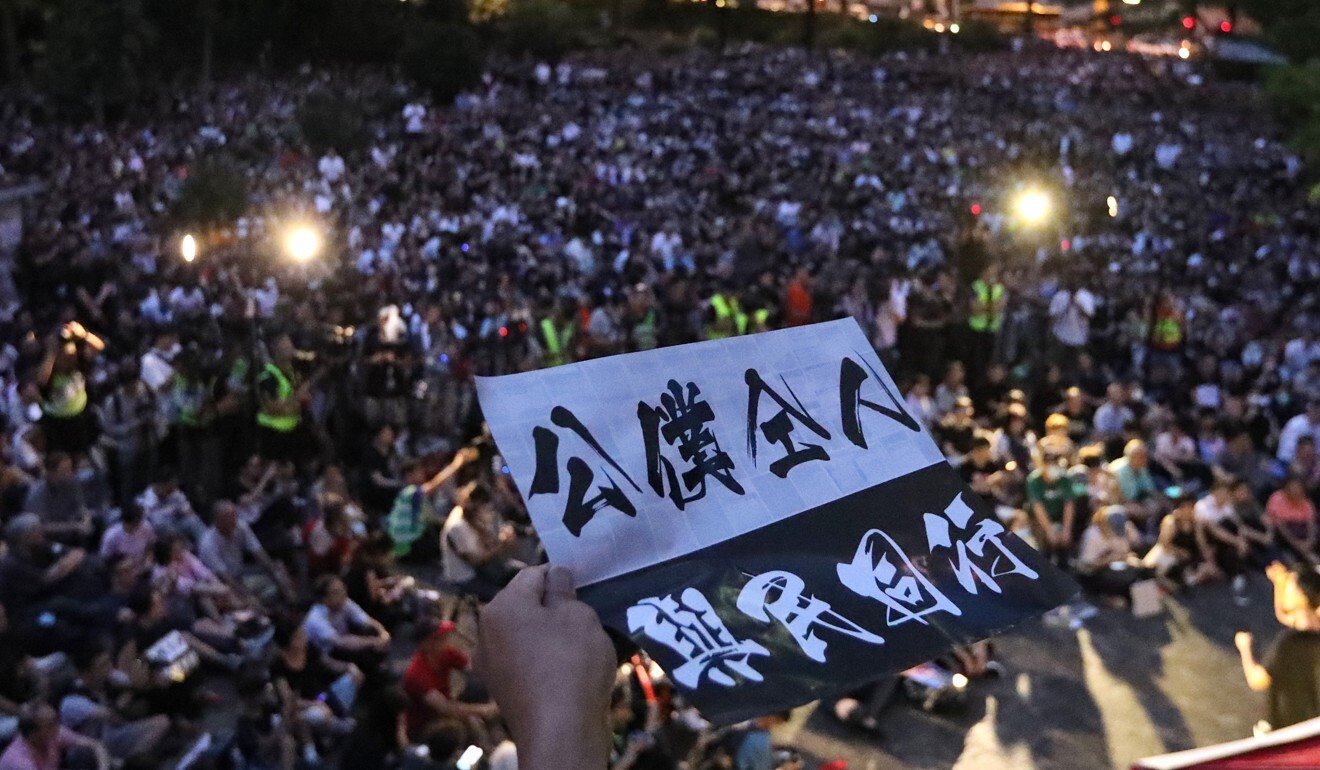 Under the proposal, all civil servants to be recommended for promotion to a higher rank or confirmation to a rank would first be arranged to take an oath or confirm in writing that they would uphold the city’s mini-constitution and take a vow of allegiance.

Under existing rules, only principal officials and those under the judiciary are required to take the oath.

What is new is the requirement of taking an oath or signing a document. It would make the duties of civil servants clearerLi Kwai-yin, Hong Kong Chinese Civil Servants’ Association president

Hong Kong Chinese Civil Servants’ Association president Li Kwai-yin noted that the Basic Law already states that public servants must be dedicated to their duties and be responsible to the government.
“What is new is the requirement of taking an oath or signing a document. It would make the duties of civil servants clearer,” she said.

Lawmaker and Democratic Party chairman Wu Chi-wai said he was worried that the new requirement would create white terror. 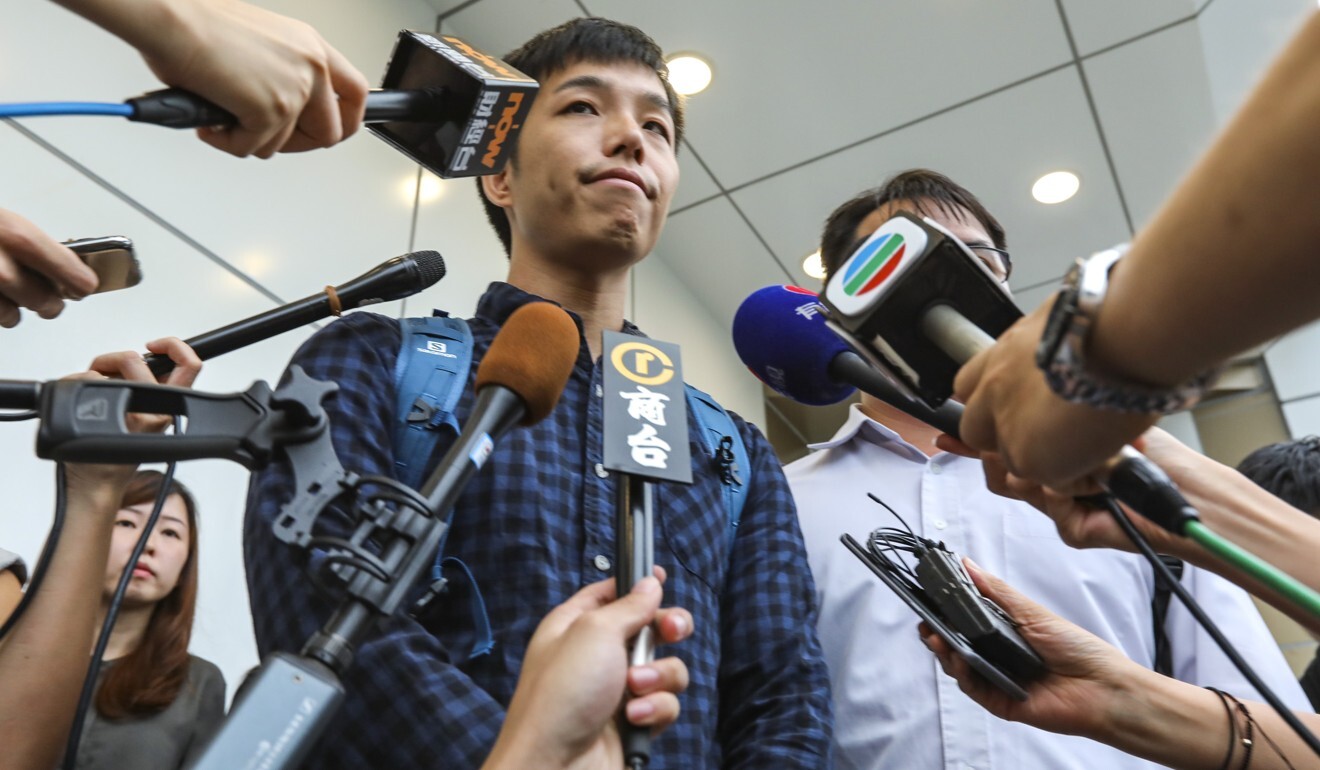 “Civil servants have to work under the Civil Service Ordinance, which already states they have to support the Basic Law and pledge allegiance to the government,” Wu said.

“The new requirement shows the government’s mistrust in its employees … and its wishes to further control their freedom of speech.”

Ben Chan Han-pan, of the Democratic Alliance for the Betterment and Progress of Hong Kong, said it was a basic and reasonable requirement for all civil servants to pledge allegiance.

“I urge the government to give us a time frame for all civil servants to make such pledges,” he said, adding it was inadequate to make the demands on only those sitting in key posts.

The new requirement shows the government’s mistrust in its employees … and its wishes to further control their freedom of speechWu Chi-wai, Democratic Party chairman

Michael Ngan Mo-chau, head of the Union for New Civil Servants, which has supported anti-government protesters, cited a recent survey conducted among members showing most believed the government should not force all civil servants to support the Basic Law and pledge allegiance.

“We are concerned about the actual content of the oath and whether colleagues would bear unreasonable legal consequences [if they do not follow it],” he said.

Leung Chau-ting, chairman of the Hong Kong Federation of Civil Service Unions, said members also worried that expressions of political views in their personal capacity would be greatly affected after the written declarations.

He added that the union was also disappointed about not being consulted, as one of the major associations representing government workers in the city.

Rebel City: Hong Kong’s Year of Water and Fire is a new book of essays that chronicles the political confrontation that has gripped the city since June 2019. Edited by the South China Morning Post’s Zuraidah Ibrahim and Jeffie Lam, the book draws on work from the Post’s newsrooms across Hong Kong, Beijing, Washington and Singapore, with unmatched insights into all sides of the conflict.

Buy directly from SCMP today and get a 15% discount (regular price HKD$198). It is available at major bookshops worldwide or online through
Amazon,Kobo, Google Books, and eBooks.com.
This article has been published on
https://www.scmp.com/news/hong-kong/politics/article/3092397/hong-kong-civil-servants-employed-july-1-be-required

Kam Jul 9 , 2020
Two-thirds of those in 6,000-strong squad expect to return to normal duties from Sunday Remaining officers will continue to be stationed at politically sensitive locations around the city TIFFANEWS.COM -Hong Kong police are drastically reducing the number of officers assigned to their 6,000-strong riot squad, force insiders have told the […]