TIFFANEWS.COM -Hong Kong police are drastically reducing the number of officers assigned to their 6,000-strong riot squad, force insiders have told the Post, in the strongest official assessment so far that anti-government protest violence in the city has died down.

With the city no longer facing civil unrest on last year’s scale after the adoption of the new national security law
, one police source on Wednesday said about two-thirds of the riot squad, drafted for protest-control work at the height of the chaos last year, would return to normal duties in two phases, starting from Sunday.

The source said the remaining 2,000 officers would continue to be stationed in sensitive locations, such as the government headquarters and Legislative Council building in Admiralty, and the Beijing liaison office in Sai Ying Pun.

“If necessary, the squad will be reassembled in late August before the Legislative Council election,” the source said.

He said police felt comfortable making the move with the sweeping new legislation apparently proving effective at deterring anti-government activists from turning up at recent events, such as lunchtime protests.

After the government issued a statement last week linking the popular protest
slogan “Liberate Hong Kong, Revolution of our times” to separatism, some hardcore demonstrators held up sheets of plain white paper at recent lunchtime protests, and
sang an altered version of the popular protest song Glory to Hong Kong.

The government statement said the slogan implied “Hong Kong independence”, or the separation of the city from mainland China, altering the legal status of the city, or subverting state power.

Beijing imposed the new law on the city with immediate effect on June 30. Under the law, acts of secession, subversion, terrorism and collusion with external forces to threaten national security are punishable with sentences ranging up to life in prison.

The city’s police chief, Chris Tang Ping-keung, told state broadcaster CCTV on Monday that the national security law was already having a deterrent effect in Hong Kong, prompting anti-government activists to back off and warn young people against advocating separatism.

Another source said scaling down the riot squad would allow more officers to return to regular policing and carry out operations against crimes such as burglary, pickpocketing and theft from vehicles.

Police have recorded a twofold rise in the number of burglaries, from 786 in the first six months of 2019 to 1,608 in the second half, as manpower levels were stretched by the anti-government protests.

Reports of robbery also rose to 166 in the second half of 2019, from 44 cases in the first six months of the year.

The riot squad, set up in June last year to handle the unrest, was partly disbanded in March as the scale of the protests shrunk because of the coronavirus pandemic. About 4,000 officers returned to their original posts at the time. 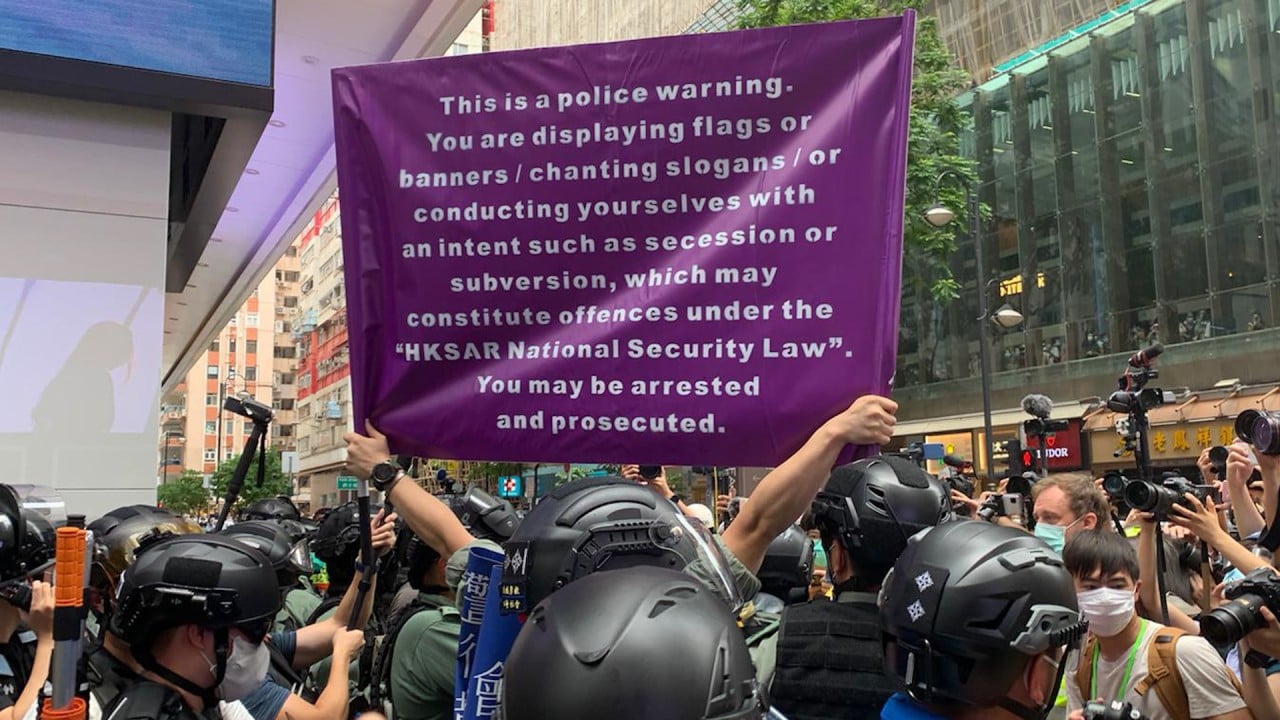 But the squad was reassembled on May 24 over concerns of unrest tied to the national security law, and the anniversary of the start of last year’s protest movement.

Rebel City: Hong Kong’s Year of Water and Fire is a new book of essays that chronicles the political confrontation that has gripped the city since June 2019. Edited by the South China Morning Post’s Zuraidah Ibrahim and Jeffie Lam, the book draws on work from the Post’s newsrooms across Hong Kong, Beijing, Washington and Singapore, with unmatched insights into all sides of the conflict.

This article has been published on: https://www.scmp.com/news/hong-kong/law-and-crime/article/3092313/hong-kong-national-security-law-police-slash-riot

Kam Jul 9 , 2020
A Vanuatu court has thrown out an election petition filed against the speaker of parliament, Gratien Shedrack. The challenge was filed by the former justice minister, Don Ken, who lost his Malekula seat in the March elections. Mr Ken had accused Mr Shedrack of bribery and corruption during the election […]